History of the Ford Festiva

The Ford Festiva was brought to North America based upon a decision (mid 80's) by Ford Motor Company to provide an imported economical passenger vehicle for the first time car buyer, the primary target market being US and . Later, the nameplate would be applied to secondary overseas markets consisting of , , , , and ().

Mechanical and primary styling aspects of the Festiva were based on an existing design from Mazda (121) of . Several styling cues from Ford (, ) were applied to the Festiva such as the grille and floating Ford emblem to ensure identification within the Ford product line during 1988-1993 during the model years offered in .

Actual production of the Festiva destined for the North American market was begun in 1987 by Kia Motors of Seoul, South Korea (the Festiva was final assembled in ). Kia was already manufacturing the Kia Pride (began in mid-86) for the South Korean market. Mid-86 also marked the beginning of Ford's collaboration with Kia. At the same time, Mazda began their own production of the Mazda 121 and Ford Festiva for the Japanese (apparently no Mazda 121's were sold in ), Australian, and European markets. 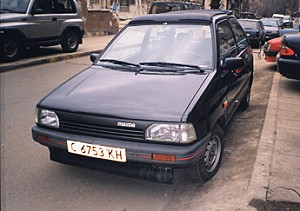 Production of the Mazda 121/Japanese spec Ford Festiva ran from 1987 to 1992 and among the lineup was the only true high-performance model of the Ford Festiva from the factory that was ever offered (Festiva GT-X). received the Mazda 121 (Japanese built 2-door) during the late 1980's. In 1992 Ford began importing the Kia-built 4 door hatchback, then later a 2-door hatchback. In 1994, they were replaced by the Aspire/Avella type body style (still kept the name Festiva though).

The Kia Pride would eventually become 's all time sales leader (small car segment). Kia received praise during the run of the Festivas/Prides for high quality standards, which were noticed on more than several reviews of the car. After all, it was the Festiva that made the world take notice of Kia and led the way subsequently for Kia's decision to enter the North American market as a stand alone competitor.

The official model years for US models are 1988,1989,1990,1991,1992, and 1993. The first Festivas to be sold in the was in late 1987 in (introduction). Sales of the Festiva did fairly well in the beginning despite strong competition for this market (Geo Metro, Suzuki Swift, Hyundai Excel, and lets face it, Toyota Tercel and Honda Civic). The biggest problem the Festiva faced in my opinion was that by the late-80's, consumers were well into comparison shopping on a serious level and what the Festiva offered was countered by other manufacturer's that tempted with near equal pricing and better standard and optional features.

Sales came to an end for the Festiva in the North American market in late 1993 with the closure of the model year. In keeping with Ford corporate thinking, a redesign was in store for the new model year and it was decided to replace the Festiva altogether with the Ford Aspire. I also understand another reason was technical, in that retrofitting the then-current Festiva with airbags would have proved troublesome.

The Kia Pride enjoyed a very lengthy production run from the late Eighties to 2002 with production () and sales in several foreign countries. Some of these include countries such as UK (sold as Pride S and SX in 2-dr and 4dr hatch form), Italy, France, Egypt, Israel, Germany, Austria as well as in the Philippines, and of course in South Korea.

A similar Festiva-based vehicle is offered as a four-door sedan (one of six different versions ) in Venezuela/Columbia and is Ford badged (yes Ford Festiva). Production for this Festiva began I believe in 1993. First as a four-door hatchback, then later a four door sedan () which appeared in 1995. It is the only Ford badged derivative of the original Mazda 121/Kia Pride/Ford Festiva still in current production. 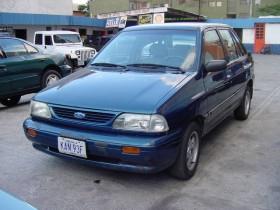 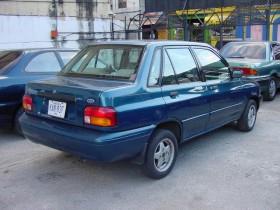 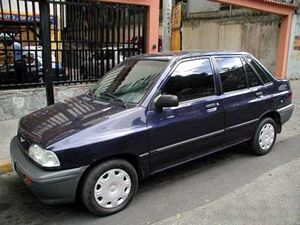 Unique, the Ford Festiva/Avila from is fully a home-built product, including the drivetrain (this car is not assembled by Kia. Recent information tells me it is manufactured by FOV (Ford of Venezuela). In , the Ford Festiva is an excellent selling car there. 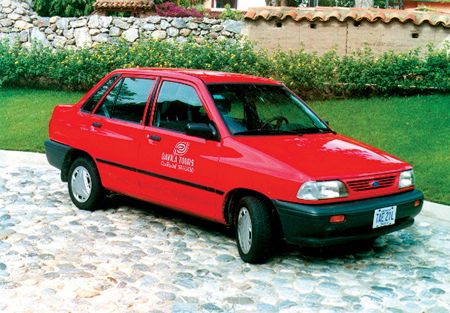 4-door versions of Festiva are commonly used by the travel touring business and rental car companies.

It is worth noting that the Ford Festiva sold in and to this day is actually based on the Kia Avella (same platform as the former Ford Aspire). In , the current Ford Festiva (wagon) is manufactured by Mazda (based on pre-99 121 "bubble car", again related to Kia Avella).